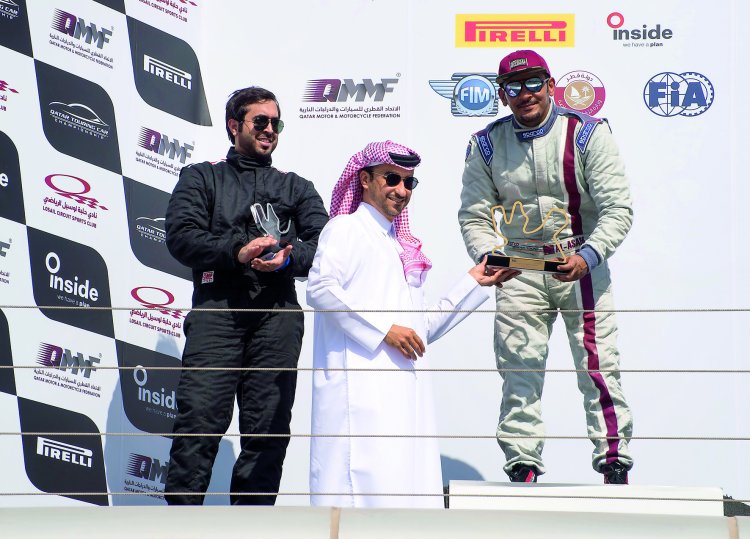 Podium winners at the Fourth Round of Qatar Touring Car Championship receiving their prizes from an official at Losail International Circuit on Saturday.

Doha: Qatar’s Hamad Al Asam got a perfect weekend during the fourth round of Qatar Touring Car Championship at Losail International Circuit.