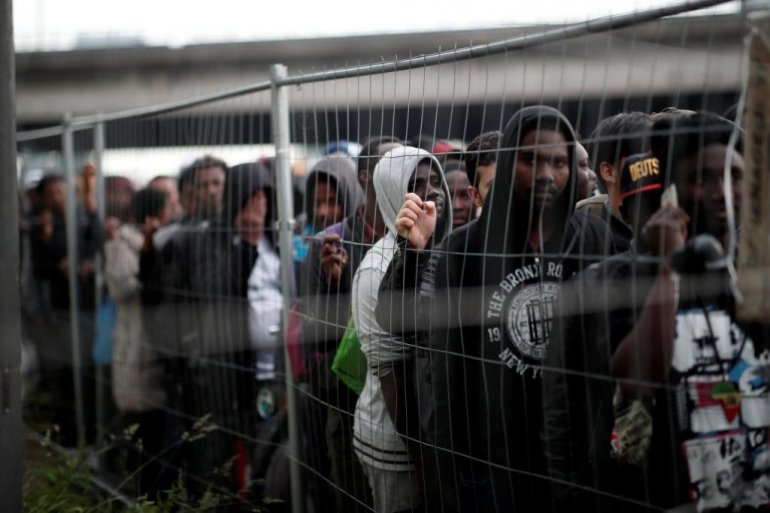 Migrants with their belongings stand in line as French police evacuate hundreds of migrants living in makeshift camps in Paris, France, May 30, 2018. REUTERS/Benoit Tessier

PARIS, French police began on Monday to clear out two illegal refugee camp sites in Paris, following a similar operation last week, in the government’s latest attempt to deal with a migrant influx that France has been facing for the past three years.

A statement from the Paris police department said authorities were in the process of clearing out two illegal refugee campsites at the Porte des Poissonniers, in northeast Paris, and another site next to the city’s Canal Saint Martin.