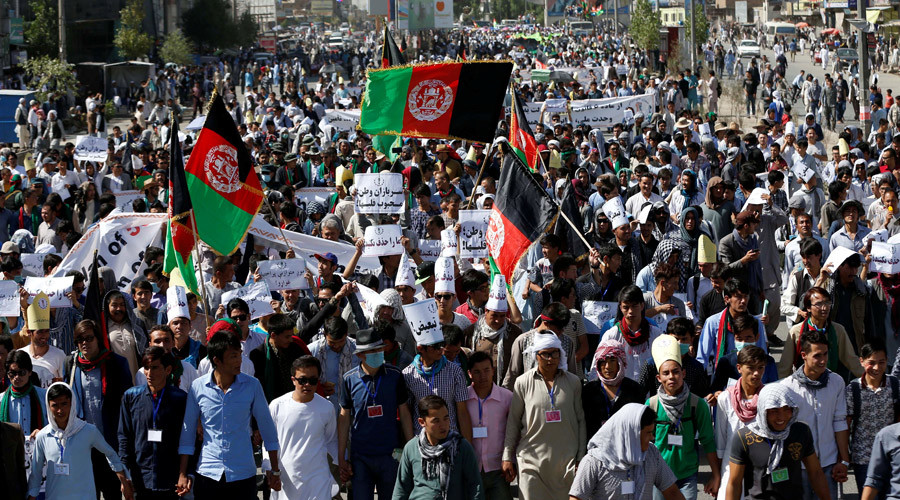 Islamic State jihadists claimed responsibility for twin explosions Saturday that ripped through crowds of Shiite Hazaras in Kabul, killing at least 80 people and wounding 231 others in the deadliest attack in the Afghan capital since 2001.

The bombings during a huge protest over a power line mark the first major IS assault on Kabul, apparently aimed at sowing sectarian discord in a country well known for Shia-Sunni harmony.

Charred bodies and dismembered limbs littered the scene of the attack, with ambulances struggling to reach the site as authorities had overnight blocked key intersections with stacked shipping containers to control movement of the protesters.

“As a result of the attack 80 people were martyred and 231 others were wounded,” the interior ministry said.

“The attack was carried out by three suicide bombers… The third attacker was gunned down by security forces.”