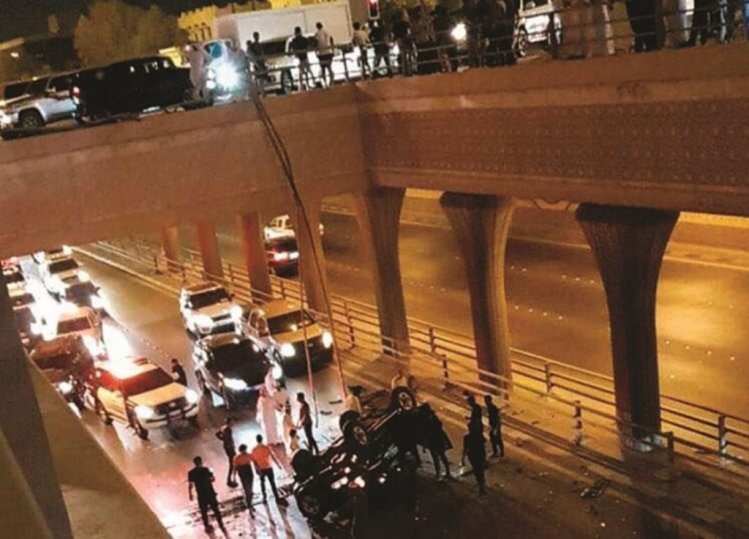 DOHA: The investigation on the recent traffic accident at the intersection of Khalifa Al Attiyah that led to the fall of a vehicle from a height of 10 metres from a bridge on February 22 is still continuing and the case has been transferred to Public Prosecution.

“The reason behind the accident was jumping the red signal, after which it was hit by another car. Due to the collision, the car broke the barrier and fell down from the bridge,” said a source at the General Directorate of Traffic.