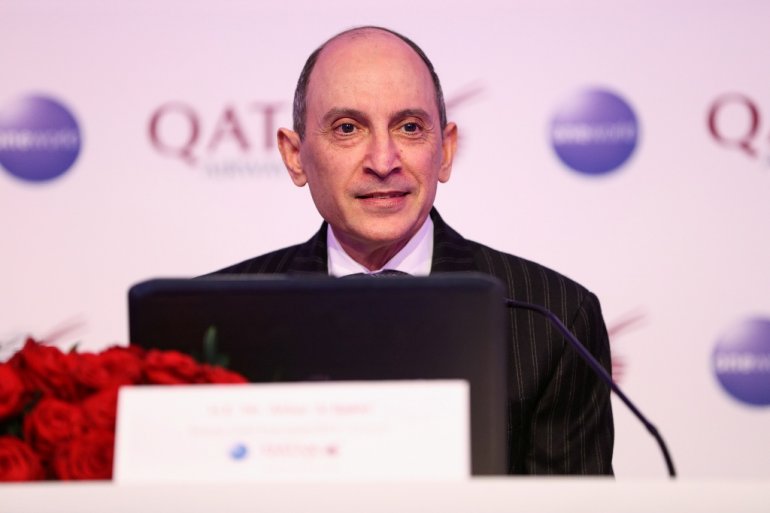 Qatar Airways Chief Executive Officer Akbar Al Baker struck a defiant tone in the face of the continued blockade against his country, calling them a “challenge to civilization” that has only strengthened his resolve to push for more growth and add destinations.

Speaking at the annual tourism fair in Berlin, Al Baker blasted the measures as an assault on his nation, saying “we’re not a grocery shop, we’re a sovereign country.” Rather than curb growth last year, the embargo had the opposite effect, the CEO said as he announced higher frequencies to places like Barcelona and Madrid and a new twice-daily service to London Gatwick.