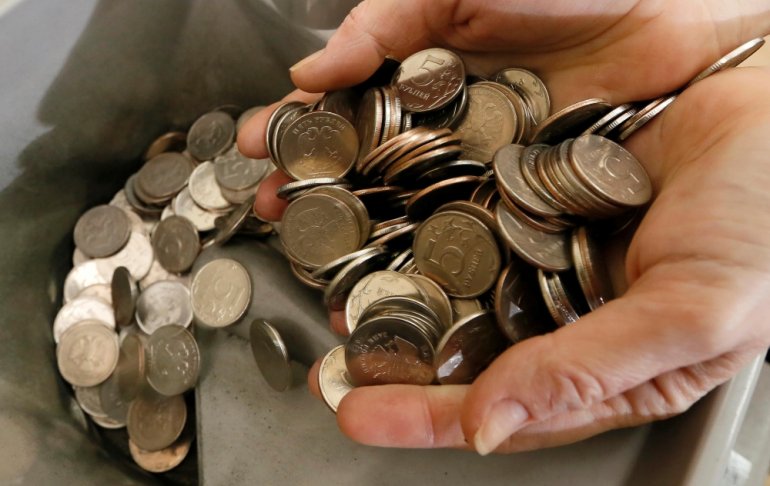 A cashier places 5 rouble coins into a counting machine at an office in Krasnoyarsk, Russia, January 22, 2016. Reuters/Ilya Naymushin

MOSCOW:  European electronic and household goods manufacturers have warned Russian retailers of a possible 5 to 10 percent rise in prices after the rouble tumbled this week due to U.S. sanctions, retailers said on Tuesday.

Eldorado, which operates over 400 stores in Russia, said the hikes may mean it has to adjust its retail prices.