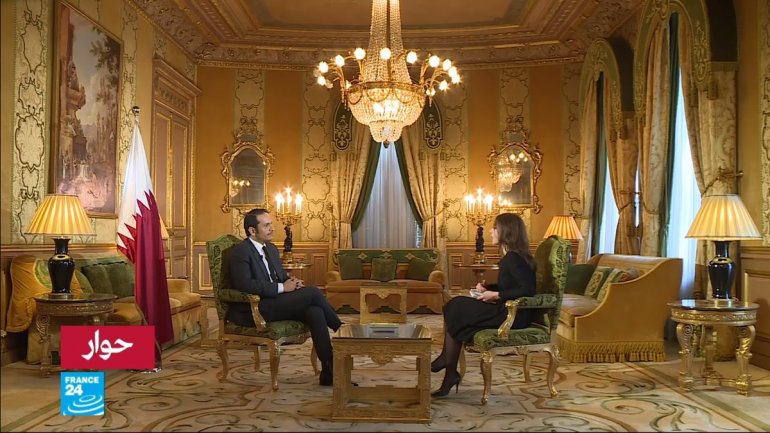 Image shared by Ministry of Foreign Affairs – Qatar on its twitter page.

In an interview with France 24 TV Channel, on the sidelines of the Paris Conference to Combat Terror Financing, held in the French capital, Paris, the Deputy Prime Minister said : “We want to have a political solution that guarantees a political transition and the accountability of war criminals and also guarantees the return of stability to Syria.”