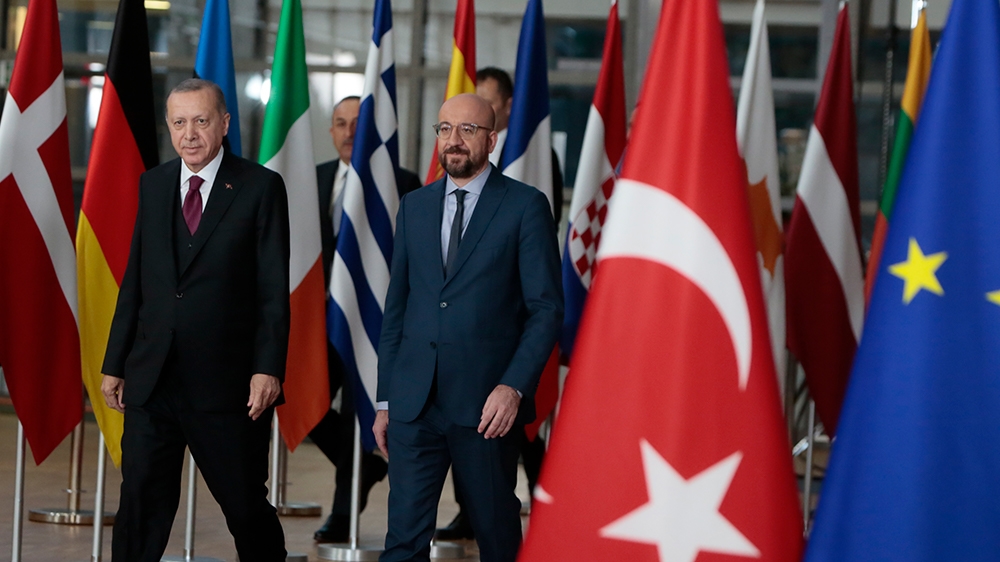 Foreign Minister Cavusoglu says Ankara ready to work constructively to reach an agreement with the bloc before the next EU summit.

Turkish Foreign Minister Mevlut Cavusoglu has said a 2016 refugee deal between Turkey and the European Union needs to be updated, expressing Ankara’s hopes to reach a new agreement in time for a summit of the bloc’s leaders later this month.

In an interview with state-run Anadolu news agency, Cavusoglu said on Tuesday Turkey was ready “for constructive work” on the issue, taking into account developments in neighbouring Syria where a government-led offensive has forced nearly a million people to flee towards the Turkish border.