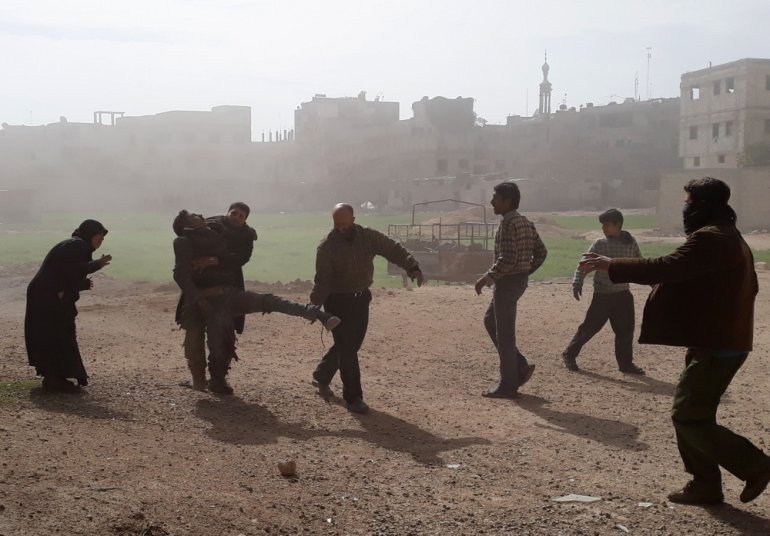 Syrians carry a wounded man who lost in his leg in air strikes on Saqba in Syria’s rebel-held Eastern Ghouta area on February 20, 2018. AFP / Msallam ABDALBASET

GENEVA: The escalating battle for the besieged Syrian enclave of Eastern Ghouta could turn into a repeat of the battle for Aleppo, Syria’s second city which endured months of conflict at the end of 2016, U.N. Syria envoy Staffan de Mistura said on Tuesday.
“This has a risk of becoming a second Aleppo, and we have learned, I hope, lessons from that,” de Mistura told Reuters when asked to comment on the situation.