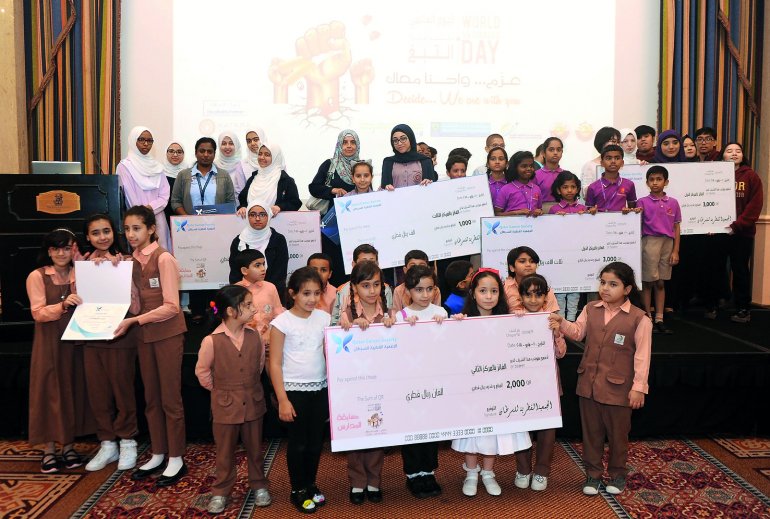 The winners of different categories pose for a group picture. Pic: Abdul Basit / The Peninsula

Doha: With an aim to increase awareness about the impact of tobacco use and exposure to secondhand smoke on health, the Qatar Cancer Society (QCS) recently held a competition. ‘Decide…We are with you’  competition was held as part of the World No Tobacco Day, which falls on May 31, and its winners were announced at a ceremony on Thursday.

The contest aimed to raise awareness about the dangers of tobacco and emphasis the importance of quitting smoking was held under three categories of people school students, university students and state institutions.

“We at the Qatar Cancer Society  always conduct activities to increase awareness about the most prevalent cancers in the country. Tobacco use and smoking is main cause for lung cancer.