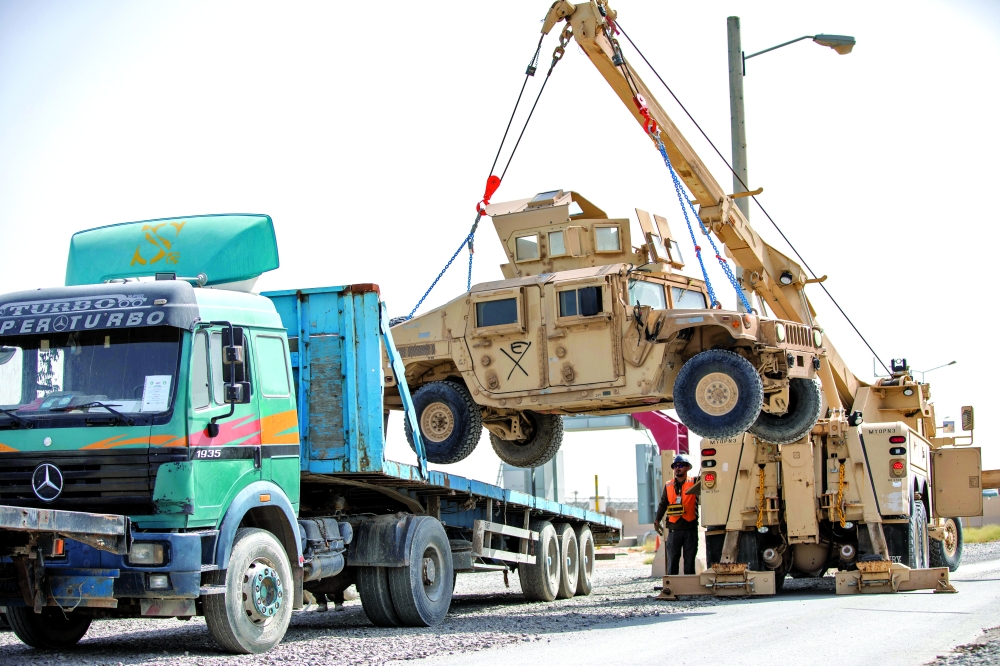 Armored military vehicles withdrawn from a base in Kandahar – Reuters

The United States and NATO evacuated the Afghan Bagram air base, as part of the peace agreement signed with the Taliban. While the Taliban described the move as historic, Washington stressed that it would not abandon Afghanistan.
A senior US defense official said that “all American soldiers and members of NATO forces have left the base,” which is one of the largest military bases in Afghanistan.
The closure of the base, located 50 kilometers north of Kabul, ends the US military presence in the most important air base in Afghanistan, which was the center of US strategic operations in the country.
Over the years, the large base has received hundreds of thousands of US and NATO soldiers to launch air strikes against the Taliban and other groups in the 20-year Afghan war. The US military and NATO are in the final stages of withdrawing from Afghanistan, which is supposed to be completed before September 11.
US President Joe Biden said that the withdrawal of US forces from Afghanistan is moving forward, but it will not take place during the next few days. Biden, who was speaking to reporters at the White House, said he was confident Afghan leaders would be able to continue the government’s work but was concerned about domestic issues.

Al-Jazeera quoted a spokesman for the Afghan Ministry of Defense as saying that all US and foreign forces had left the air base, where the Americans had been stationed since the invasion of Afghanistan in 2001. The spokesman added that the Afghan forces would supervise Bagram base and use it in combating terrorism.
Al-Jazeera correspondent in Afghanistan, Nasser Shadeed, said that the US and Afghan defense ministers discussed in a telephone conversation the mechanism for handing over the base, noting that the US forces handed over all the military bases in the country, except for the military headquarters near the US embassy in the center of the capital, Kabul.
According to a US official, the evacuation of Bagram base and its handing over to Afghan forces is an indication that the complete withdrawal of US and other foreign forces from Afghanistan is imminent. This development comes after the completion of the withdrawal of German and Italian forces participating in the NATO mission.