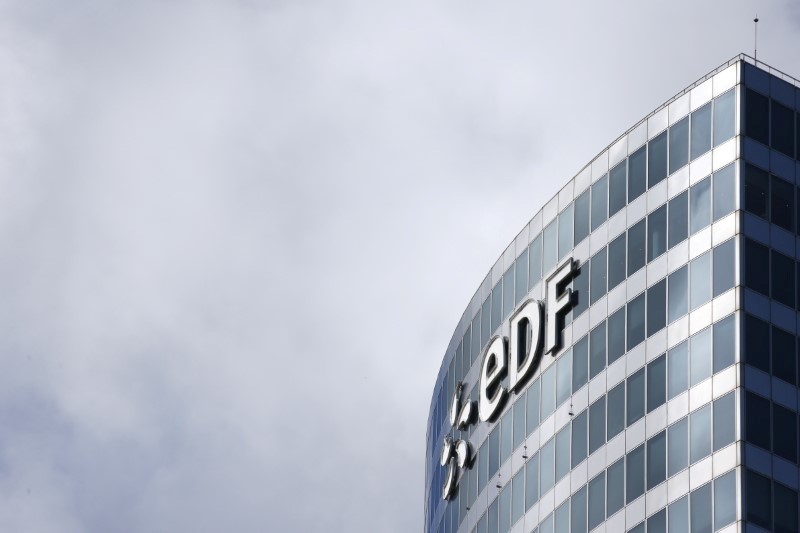 FILE PHOTO: The logo of Electricite de France (EDF) is seen on a building in the financial district of La Defense, near Paris

SINGAPORE/PARIS (Reuters) – French power group EDF has begun examination of a potential issue linked to a build-up of inert gases at its nuclear power station in China, though the company and its Chinese partner said the plant was operating safely.