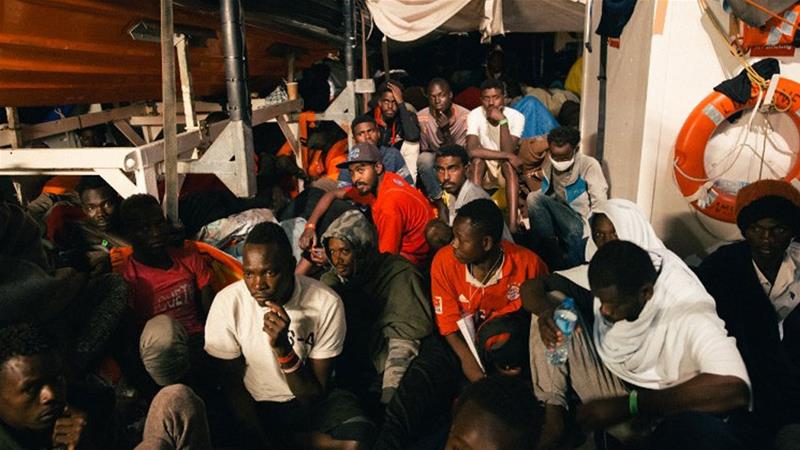 Over 230 people stranded on Maltese waters after neither Italy nor Malta give permission to disembark passengers.

There is growing uncertainty over the fate of hundreds of migrants and refugees as a rescue ship remained stranded at sea for a fifth day after both Italy and Malta refused to give it docking approval.

Lifeline, a ship belonging to a German NGO of the same name, remained stuck on Maltese waters on Monday with 234 Africans onboard, who were rescued in the Mediterannean on Wednesday. Among them are four children younger than three.