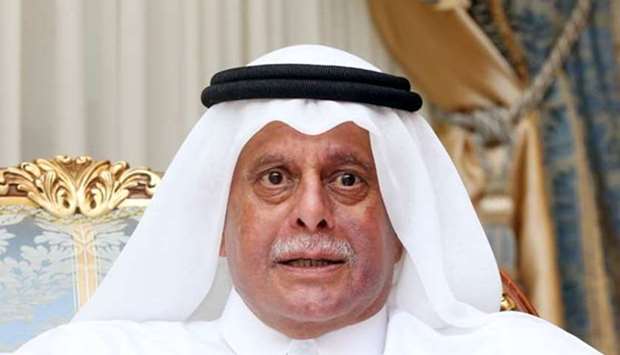 Share on Facebook
Tweet on Twitter
*Fair distribution of wealth is behind Qatar’s success
*Saudi Arabia should take the lead to ensure stability of region
Qatar prides itself of having no political prisoners while the prisons of the blockading countries are full of them, HE Abdullah bin Hamad al-Attiyah, President of Abdullah Bin Hamad Al-Attiyah International Foundation for Energy and Sustainable Development, has said.
In an interview with local Arabic daily Arrayah, he said it was a matter of pride for Qatar that it has not imprisoned any person in an ‘opinion’ case while in UAE and other countries thousands of people have been languishing in jails for expressing their opinions.
“Of late they have stipulated a law that provides for up to 15 years in jail for those expressing sympathy with Qatar.”
He said that even those who took part in the conspiracy to overthrow the regime in 1995, were eventually pardoned by His Highness the Emir.
HE al-Attiyah recalled that some of them (the conspirators) were employees at Qatar Petroleum while he was the Minister of Energy and Industry. “Their salaries were withheld because of being convicted of illegal actions,” he said, adding he was surprised to receive an order from the Emiri Diwan to pay their full salaries to their families and when they were pardoned they returned to their jobs unharmed.
He explained that the fair distribution of wealth is the secret behind the welfare of the people in Qatar rather than the wealth alone.
“The Saudis said Qatar is a small country, which is true; our total production of oil and gas amounts to 2mn barrels per day and Saudi Arabia produces more than 10mn barrels per day. Wealth is distributed fairly; it is not the size of a country or the population that matters,” he pointed out.
He stressed that Qatar has been keen on ensuring the welfare of both the nationals as well as the expatriates, giving them the best options in healthcare and diversified education, while some other countries are imposing taxes and fees on foreign residents.
HE al-Attiyah advised both Qataris and expatriates to be careful of the psychological warfare now being waged, with its bad consequences on the economy. “The 10-day ultimatum to implement the demands of the blockading countries was designed to give the impression that in case of non-compliance, bigger sanctions would be imposed, may be launching a military attack, which was not true in anyway.”
He expressed his fears that the region may be trying to destroy itself.
“Personally, I leave out the others and I look to Saudi Arabia as a country of strategic depth and the largest state in the region that should be keen on the stability of the region ,” he said.
Regarding the controversy surrounding the ‘politicisation’ of Haj, he said all indicators showed that there were plans to ill-treat Qatari pilgrims. “It is our responsibility to avoid this and guarantee that they do not face any harassment, abuse or ill-treatment like what had happened during the Umrah” he said.
He regretted that Saudi newspapers have been promoting hatred and incitement against Qataris. The Saudi authorities have ignored to respond to communications with regard to the safety of Qatari pilgrims, he added. 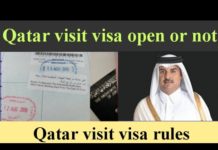 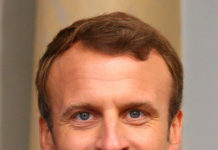