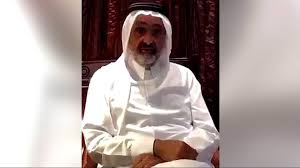 Authorities in Qatar announced they are “closely monitoring” the alleged detention of a member of the Qatari royal family in the United Arab Emirates (UAE).

Sheikh Abdullah bin Ali Al Thani released a video statement on Sunday saying he was “a prisoner” in the UAE capital, Abu Dhabi, and that if anything happened to him, “Sheikh Mohammed” is responsible.

While he did not specify, Sheikh Abdullah appeared to be referring to Abu Dhabi’s Crown Prince Mohammed bin Zayed.