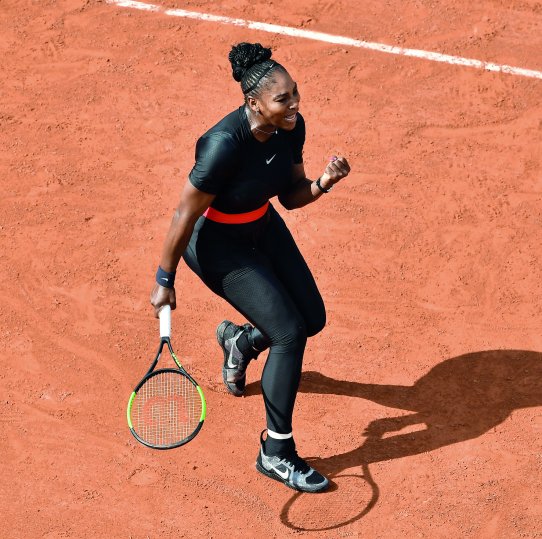 Serena Williams of the USA in action against Kristyna Pliskova (not seen) of Czech Republic during their first round match at the French Open tennis tournament at Roland Garros Stadium in Paris, France on May 29, 2018. (Mustafa Yalç?n/Anadolu Agency)

By Howard Fendrich I Associated Press

PARIS:  Serena Williams considers the black bodysuit she wore at the French Open much more than a fashion statement.

There’s a practical reason for the full-length legs on the skintight outfit: The aim is to protect her because of past bouts with blood clots.