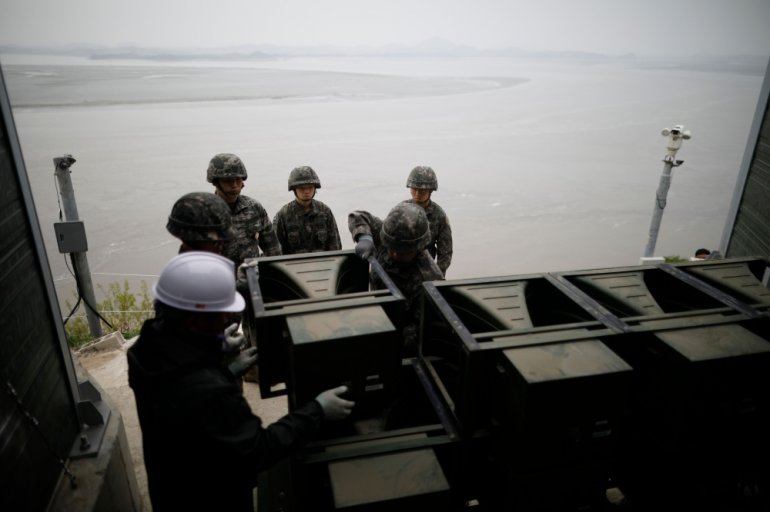 South Korean soldiers dismantle loudspeakers that were set up for propaganda broadcasts near the demilitarized zone separating the two Koreas in Paju on May 1, 2018. AFP / KIM HONG-JI

SEOUL, South Korea: South Korea on Tuesday dismantled huge loudspeakers used to blare anti-Pyongyang broadcasts and K-pop songs from its border with North Korea, as the South’s president asked the United Nations to observe the North’s planned closing of its nuclear testing site.

The dismantling of dozens of South Korean loudspeakers was in line with reconciliation steps the leaders of the rival Koreas set at their historic summit last Friday. It was still unclear if such measures could bring permanent peace because no major breakthrough in the North Korean nuclear standoff was produced after the Korean summit.