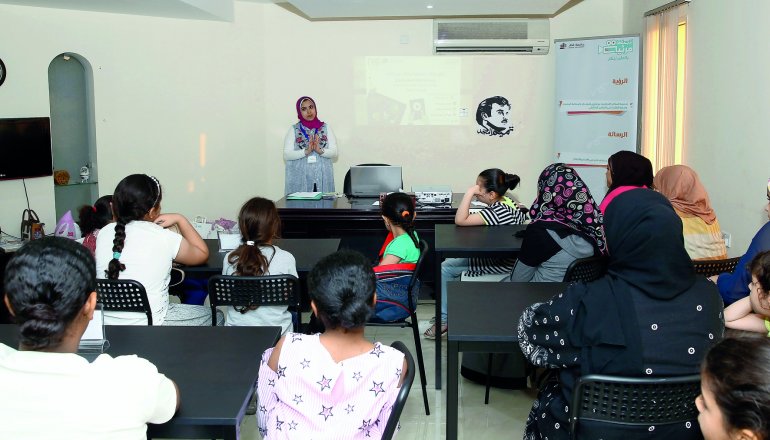 DOHA: Girl students of the Department of Mass Communication at Qatar University (QU) taught young students with the help of visual aid to learn about the effectiveness of multimedia use in education.

The initiative was launched by Al Dana Girls Center to improve the learning system using multimedia.

Young girl students, aged from 6 to 13, received the lessons of science and sociology at a workshop entitled “Using Multimedia in Education” organised at Al Dana Girls Center. First, some educational videos were presented then practical tests were conducted to know how much the students had learnt.