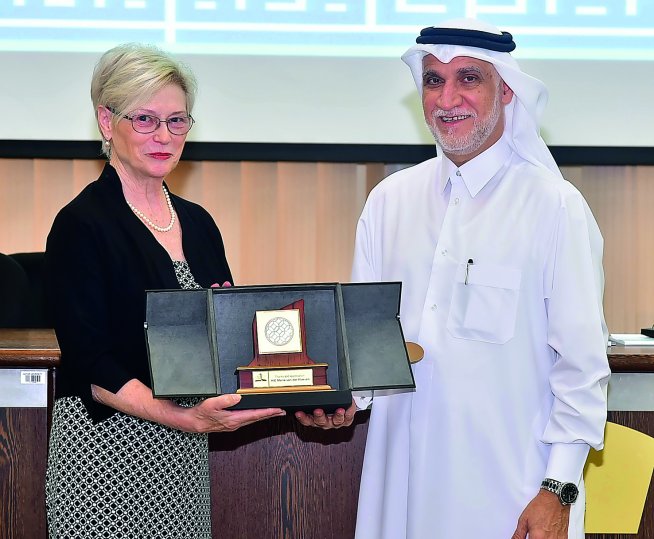 The event was attended by QU Chief Strategy and Development Officer Dr Darwish Al-Emadi and QU officials and students, as well as representatives of Oryx GTL and Gulf Intelligence. It was moderated by QU Gulf Studies Center (GSC) Director Dr. Mahjoob Zweiri.